Lost Opportunity and The Womb of Compassion

Lost Opportunity and The Womb of Compassion 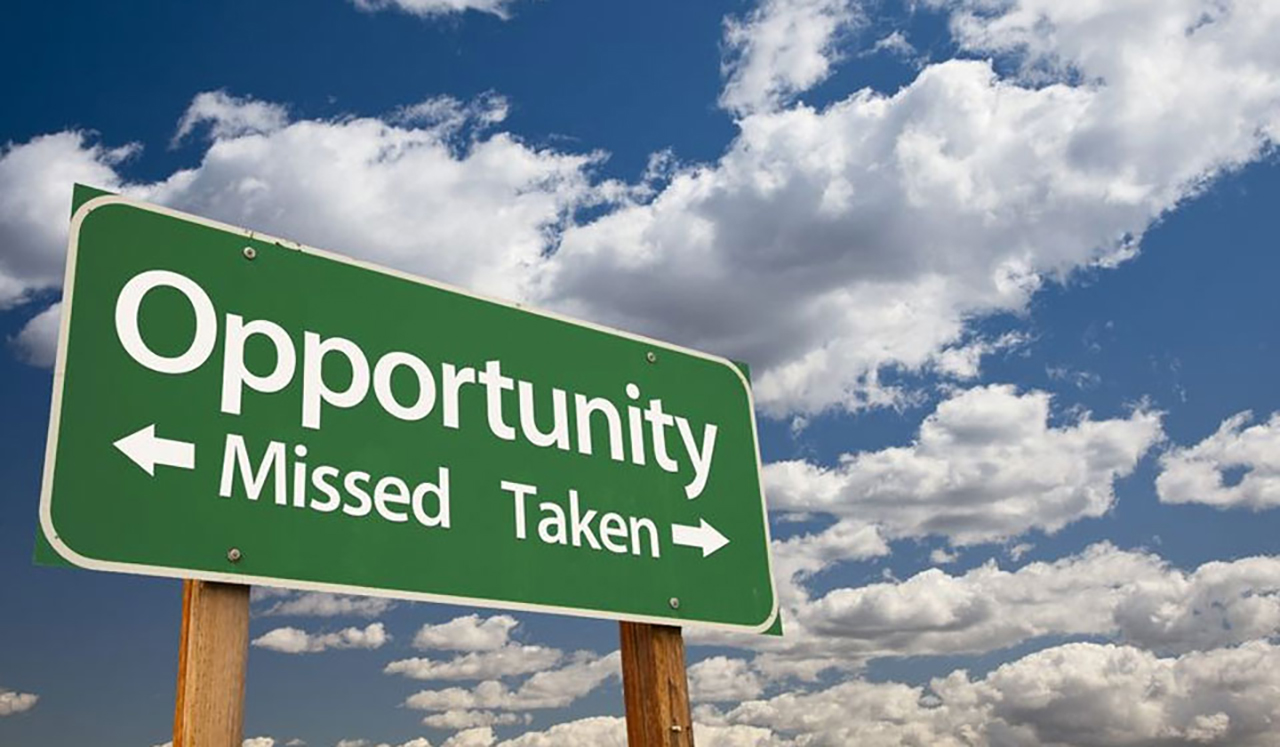 Are there opportunities in your life that you have allowed to slip through your fingers because you felt that the timing was not right?

A long time ago, a young man went to a certain farmer to ask for his permission to marry his beautiful daughter. The farmer looked at the young man and responded, “Son, go stand in that field and I’m going to release three bulls, one at a time. If you can catch the tail of any one of the three bulls, you can marry my daughter.”

The young man stood in the pasture and waited for the first bull. The barn door opened and outran the biggest, meanest-looking bull he had ever seen. Upon looking at the first bull, he figured that one of the next bulls had to be a better choice than this one, so he ran over to the side and allowed the first bull to pass through the pasture and out into the back gate.

The barn door opened again. This time he saw a very large and terrifying bull, pawing the ground, grunting, and slinging slobber as it looked at him. Thinking about what this bull can do to him, he decided that the next bull had to be a better choice than this one. So, he ran to the fence and let the second bull pass through the pasture and out into the back gate.

The door opened a third time. A smile came across his face. This was the weakest, skinniest little bull he had ever seen. This one was his bull. As the bull came running by, he positioned himself, ready to jump at the right moment. Then the bull passed, he jumped, and tried to grab the bull’s tail, only to realize that the third bull had no tail.

In life, everyone will be presented with various opportunities that have the potential to make our lives healthier, happier, and better. These opportunities may include career development, financial investment, life partner choice, and ministry to those who are in need. But like this young man, we have allowed these opportunities to pass through and out into the back gate.

There are three common reasons why we fail to take advantage of these opportunities: wrong timing, wrong circumstances, and wrong people.

In the Scriptures, we are presented with the story of a man who was traveling from Jerusalem to Jericho. Along the way, he was robbed, stripped of his clothes, and was left half dead along the side of the road.

Whoever this man was, he needed medical attention or else he’ll die. Lucky for him, both a priest and a Levite happened to be going down the same road, one after the other.

Among all people, a priest’s life is one of service, ministry, and helping those who are in need. This is true for a Levite as well.

Unfortunately, when they saw the man, they passed by on the other side. Was it because of wrong timing, wrong circumstances, or wrong people that prompted both the priest and the Levite not to help? The story does not tell us.

Then came a Samaritan. To the people listening to this story, Samaritans are not reputable people. But among the three persons who saw this half-dead man, it was the Samaritan who stopped, loaded the man on his donkey, and brought him to an inn to get the medical help that he needed.

The Samaritan could have used one of these three reasons – wrong timing, wrong circumstances, and wrong people – as an excuse not to help. But he did not. On the contrary, when he saw the man, he had compassion on him.

The Hebrew word for compassion is taken from the root word “rechem” which means “womb.” It means that to extend compassion to a person is to symbolically carry him or her in your womb. In the womb of compassion, the sufferer is protected, nurtured, and given what is good for them until they are strong enough to come out of the womb.