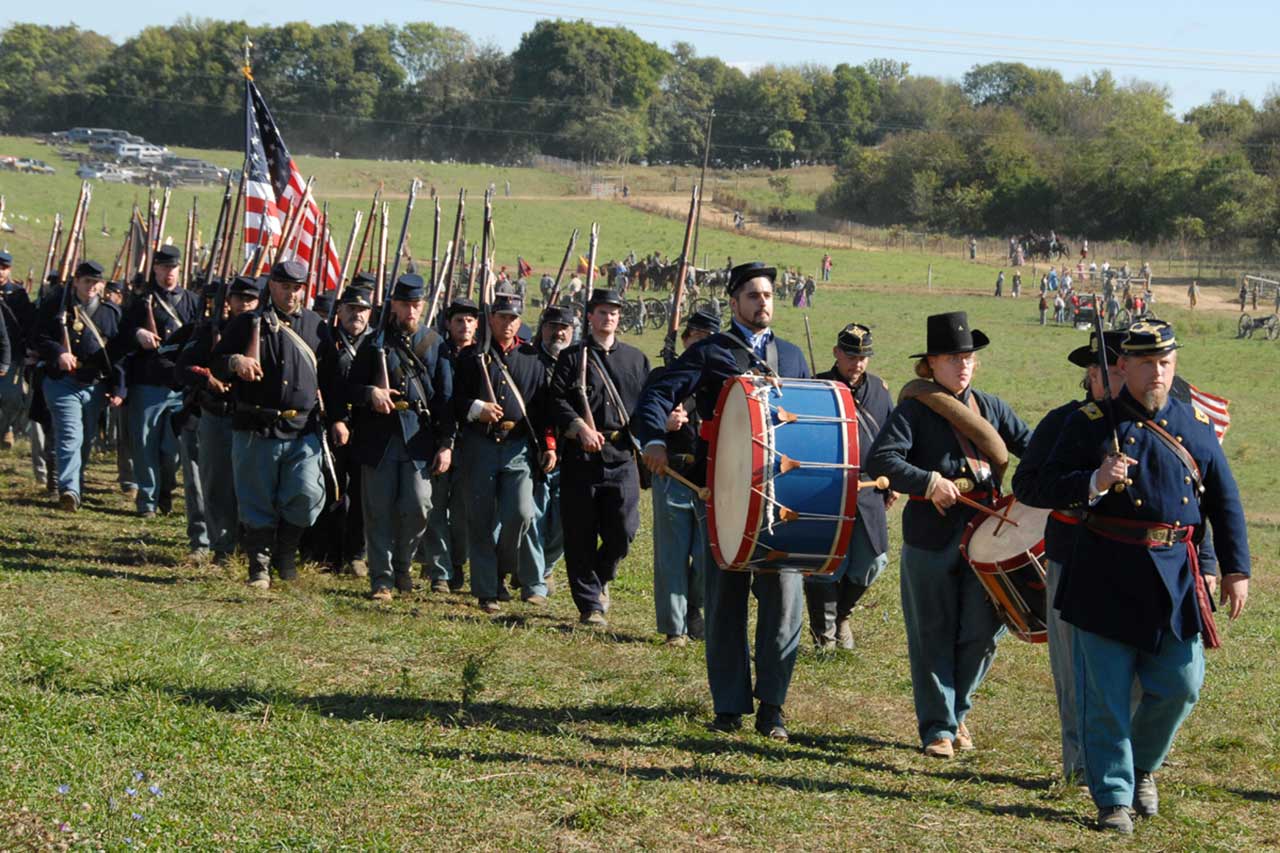 Receiving an order on July 1, 1863, the march of the Sixth Corps, Potomac’s largest corps of 15,000 men, from Manchester to Gettysburg, is considered one of the epic treks in American military history. Covering 60 kilometers in less than 13 hours, many historians recall with pride how “Uncle John” Sedgwick and his men reached the battlefield late in the afternoon of July 2, just in time to reinforce the Union line on Cemetery Ridge.

It is unlikely, however, that the men of the Sixth Corps beamed with pride as they trudged through the night along the Baltimore Pike. Many soldiers sleepwalked, kept in column by their comrades. After a brief halt at dawn, the column was on the road again before the men could prepare a proper breakfast over campfires.

That morning, the heat and humidity of a summer day soon prevailed. Dust nearly suffocated the marching, weary soldiers, but they continued on, knowing that a battle was in progress on their own soil. Civilians along the route gave food and water to the passing blue column. Men fell behind from blistered feet and fatigue, to be picked up by ambulances or prodded along by the rearguard.

Although 50,000 soldiers were either killed or wounded during the 3-day battle, one soldier said that the march, with the clouds of dust, the perspiration, the blood of chafed limbs trickling down into his shoes, was the hardest experience of his whole long war service.

Finally, at around 4 in the afternoon of July 2, the Army of the Potomac was finally united at Gettysburg. The tired soldiers wearing the Greek Cross marched onto the battlefield just in time to reinforce the main Union line along Cemetery Ridge and discourage any further Confederate attacks.

For many people, it is sometimes harder to march than it is to fight. The test of endurance is the long march. As you set out on a long march, you will meet many others who have gone part of the way and turned back. You will have by your side many others who are ready to quit and go back with you if you will go with them. But always there are some who are going steadily forward and who have no idea of anything but enduring unto the end.

“If you’re going through hell, keep going,” Winston Churchill declared as he summoned his countrymen to defend their country and continue fighting.